Seventy-three years after India won the coveted hockey gold medal at the 1948 London Olympic Games and 46 years after it won the inaugural World Cup Hockey championship (1975) in Kuala Lumpur, the country is now struggling to make it to the top three slots in India’s ‘national game’. And though, over the decades, cricket has totally upstaged hockey in India and taken over the minds and hearts of both aspiring sportspersons and the general public here, it has a very faint global footprint.

According to a report titled ‘Impact of COVID-19 on Revenues of World Cricket and Indian Sports’, authored by Sundar Raman, former COO of the Indian Premier League (IPL), cricket accounts for almost 85 per cent of the Indian sports economy (IPL being a major contributor), followed by football and kabaddi competing for second place. The bulk of Indian sports revenue comes from broadcast and sponsorship, contributing 65 per cent and 30 per cent, respectively, while ticketing revenue accounts for only 5 per cent, unlike a lot of other markets. A very significant proportion of this 5 per cent in ticketing revenue is also generated through ticket sales for the IPL matches.

Consequently, all other sports and games are largely, if not wholly, dependent on the government for promotion, developing infrastructure including state-of-the-art sporting arenas, and enabling sportspersons to hone skills both at home and in competitions abroad. Consequently, Indians have fared better and emerged champions in individual sports like badminton, shooting, weightlifting and even contact sports like wrestling rather than as teams in a collective competitive spirit.

The absence of a concerted campaign to foster fitness and inculcate interest in sports from an early age has deterred the growth of widespread interest. Barely 5.56 per cent of India’s 1.38 billion population is “sports literate”, says Kanishka Pandey, head of the Sports Research Centre at the Institute of Management Technology, Ghaziabad, who in 2018 had filed a public interest litigation (PIL) in the Supreme Court seeking to make sports a fundamental right. In contrast, sports or physical literacy in the US is around 20 per cent. China has more than 10 million people playing badminton alone. The abysmally low interest and participation in sports are the reasons behind India’s sparse medal tallies in international competitions.

Sports is regarded as one of the larger industries globally in terms of revenue and employment. With the growing appreciation of sports as a business, in several developed countries sports contribute around two to four per cent of their total employment with a variety of career profiles on offer apart from athletes, coaches and trainers. In India though, currently sports’ contribution to the country’s total employment is just .05 per cent. With initiatives such as the IPL, the Hockey India League, Indian Badminton League, Pro Kabaddi and Indian Super League (football), the Indian sports landscape is changing and proving that several disciplines have a future in India as a business. 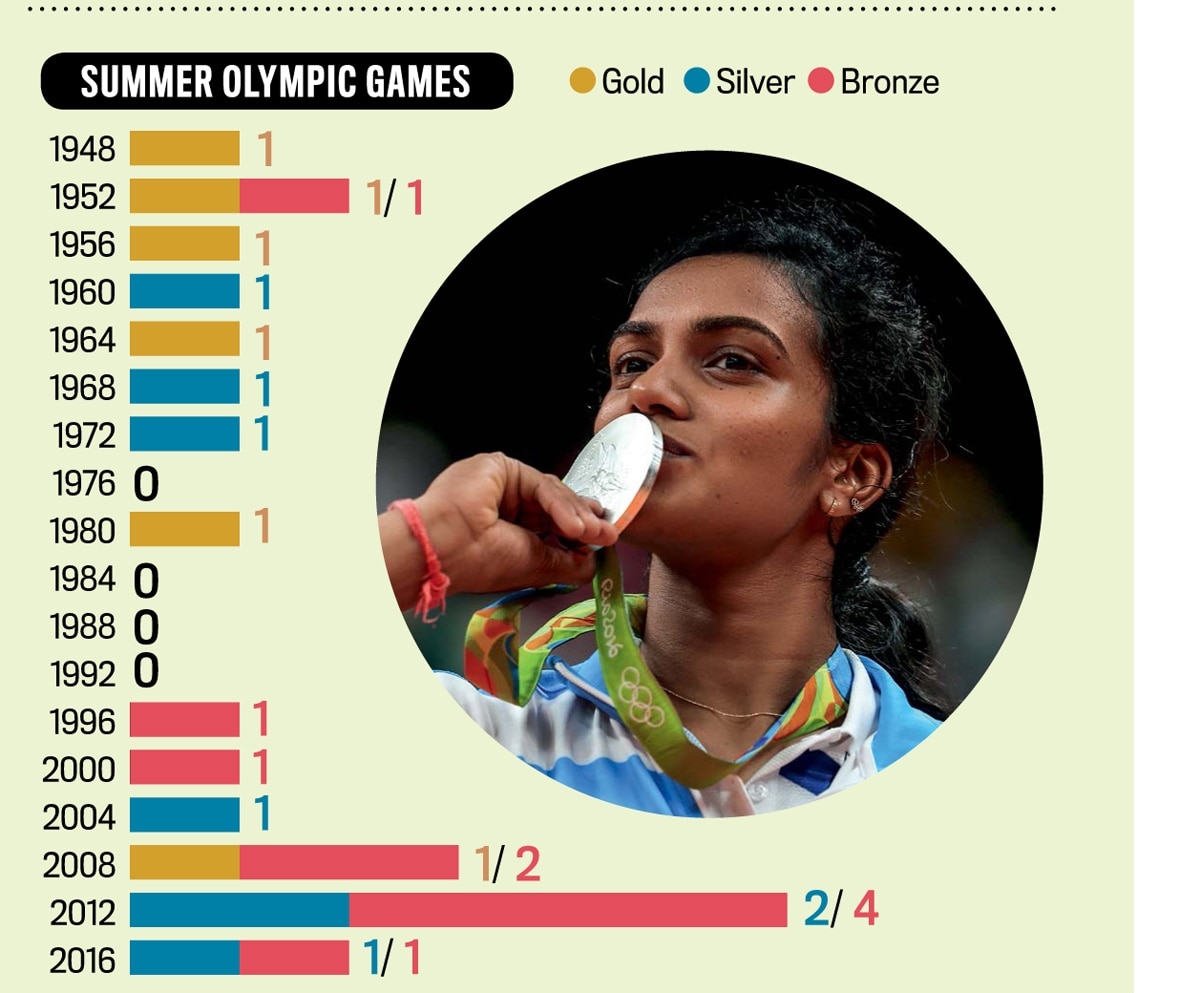 A comprehensive roadmap to spot and train talent young, ensuring a systematic training schedule at state-of-the-art training facilities, engaging top of the line foreign coaches and sports medicine specialists, raising standards of home-grown coaches, a check on doping, and enabling players to familiarise with the competition environment by arranging opportunities to play abroad is the way forward. 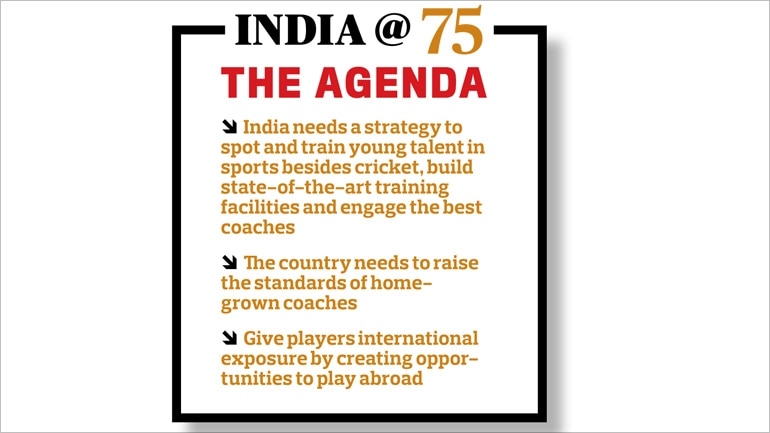 Proliferation of training academies managed by professionally competent coaches is raising the bar in several sports. Increasing opportunities to participate in international competitions is also adding to the exposure of young promising players. Boosted by initiatives such as commercialisation of underdeveloped sports, professionalisation of heritage sports and increased corporate sector investments, the sports industry can expect a faster growth with the potential to make India a sporting power over the next two to three decades.