Chandy back in the saddle – States News

A little late in the day, but on January 18, the Congress high command appointed Oommen Chandy, the former chief minister and AICC (All India Congress Committee) general secretary, to lead the party’s campaign in the assembly election scheduled for April 6. The 77-year-old’s re-entry into state politics seems to have energised party workers as the campaign heats up to dethrone the CPI(M)-led Left Democratic Front government.

Party sources say it was veteran leader and former defence minister A.K. Antony who was instrumental in bringing back Chandy. The Congress leadership had estimated that with leader of the opposition Ramesh Chennithala and PCC (Pradesh Congress Committee) chief Mullappally Ramachandran pulling in opposite directions, something drastic had to be done. Sources say the affable Chandy has helped iron out issues in the party and the United Democratic Front (UDF) alliance. 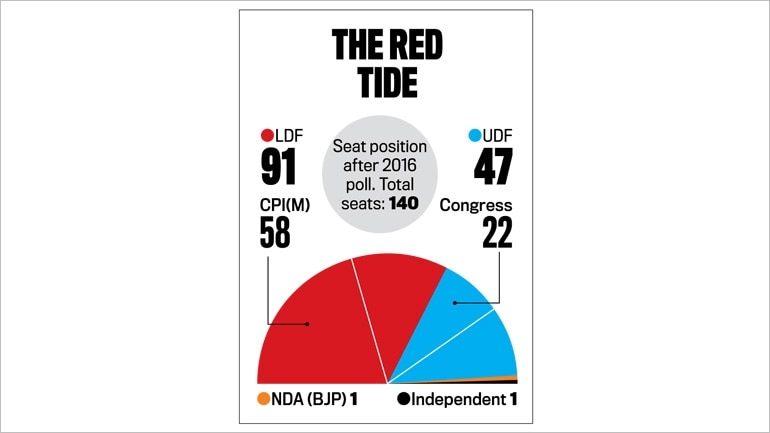 After Pinarayi Vijayan came to power in 2016, the caste and religious equations saw a palpable shift with the Congress base shrinking and a section of Muslims and Christians shifting their loyalties to the LDF. So, in the current scenario, stereotypical campaigns may not work to the Congress’s advantage. Political analyst Sunnykutty Abraham says, “Chandy’s return has given some impetus to the Congress and the UDF. He is the only leader who can link various communities and leaders across Kerala. He is still politically agile and has high credibility among all communities and has the image of being accessible to ordinary party workers.”

Chandy has the capacity to turn the tables on the LDF with his friendly demeanour and let’s-all-work-together attitude. He also has the ability to connect with the masses. The Congress veteran has represented his home constituency, Puthupally in Kottayam district, in the assembly for the past 51 years without a break.

Meanwhile, the party is facing challenges on other fronts too, the biggest being raising funds for the poll campaign. Sources say the Kerala unit will have to meet the campaign expenses from the state itself and may not get any assistance from the high command. “The LDF and the NDA have unlimited resources. Some of our leaders have money but they will not spend for the party. We have been facing an acute money shortage for some time now, even the staff at the PCC office have not got their salaries,” says a senior Congress leader who did not want to be named.

Chandy has been working on party strategies since taking over the campaign. He and Chennithala have met all the church leaders and sought their support for the party. The former chief minister has also intervened to smooth out problems with coalition partners.

The Congress says it is planning to field “surprise candidates”, giving priority to the youth and women. The party had wrested the reserved Alathur Lok Sabha constituency, a Red bastion, from the CPI(M) in 2019, when it fielded youth leader Ramya Haridas. She had won by a margin of over 158,000 votes.

During his recent visit to Kerala on March 1, former party president Rahul Gandhi suggested that preference should be given to youth leaders who can get neutral voters to favour the party. The Congress is planning to field new faces in 38 constituencies where they feel the LDF has an edge or won in 2016 by over 5,000 votes. “We will field suitable candidates who can fashion a victory. I am sure we will defeat both the LDF and NDA and form a government with a comfortable margin,” says AICC general secretary (organisation) K.C. Venugopal.

In the 2016 election, the UDF alliance won just 47 seats in the 140-member assembly, the Congress share in this was 22 seats out of the 87 it contested. This time, the party is planning to contest 91 seats.

C.P. John, general secretary of UDF ally Communist Marxist Party (CMP), cites two reasons why the alliance could win this time. “Our chances are improving day by day. Pinarayi’s blunders in candidate selection and the corruption in the government will ensure it. The chief minister is fielding a bunch of looters who are unpopular with the people. He has denied party tickets to popular leaders and legislators like finance minister Thomas Isaac, PWD minister G. Sudhakaran, and clean leaders like Raju Abraham and Suresh Kurup who’ve been winning polls for a long time,” he says. The Congress is hoping John is right. It’s a do or die battle. If the party fails to deliver, it will be a Congress-mukt south.