French Open 2021: Tournament director Guy Forget believes Andy Murray can beat half of the guys in the main draw and deserves a wildcard. Murray has already entered the qualifying rounds for the clay-court Grand Slam later this month. 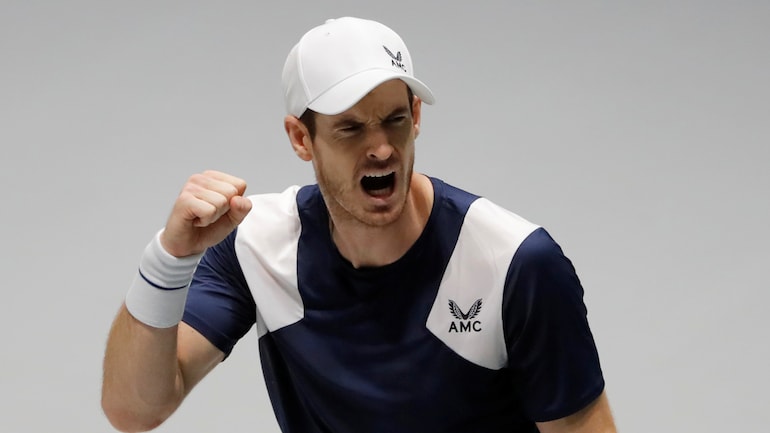 Andy Murray, it seems, is not too particular about getting a wildcard for French Open 2021 but tournament director Guy Forget said on Thursday that the star player deserves one for the season’s second Grand Slam, starting May 30 in Paris.

Former runner-up Andy Murray has entered the doubles competition at the Italian Open Masters 1000 tournament. The 3-time Grand Slam champion has been marred by injury concerns. He missed the Australian Open earlier this year after contracting Covid-19 and has played only 8 matches since.

Murray has fallen to 123rd in the world rankings after long injury lay-offs because of hip surgeries but Guy Forget said Murray could probably beat “half of the people in the main draw”.

“I know that Andy entered the qualifying (rounds), I know he’s practising right now in Rome, I saw him play some games and sets with Novak Djokovic,” Forget said.

“Andy is a great player, he sure deserves one (a wildcard). It is a discussion we have to have with him and our team. We want to see him in good shape, I hope he feels well. He hasn’t played any matches yet, which is obviously what any player wants to do before committing to a big tournament, especially when you are going to play the best-of-five sets.”

It’s up to the French Open to decide: Murray

Meanwhile, Murray said he would love the opportunity to play in the French Open but stressed that he respects other players who are going to battle hard for a spot in the main draw.

“It’s the French Open’s decision what they want to do,” Murray told the BBC.

“I’d love the opportunity to play there but I also respect that they have lots of good players, lots of players ranked between 120 and 160. I haven’t been fit for the last three or four months.”