A New Vision For The Village – Nation News

Improving the quality of life and economic well-being of seven out of 10 Indians, who live in rural, relatively isolated or sparsely populated areas, remains a daunting challenge. Poverty is rampant in rural India, with the average annual earning of small and marginal farmer households at Rs 79,779 in 2015-16, according to the Committee on Doubling Farmers’ Income. The disparity in per capita rural and urban incomes has remained persistently high, with an average urban worker earning over eight times what an average agricultural worker does, as per the NITI Aayog discussion paper, ‘Changing Structure of Rural Economy of India: Implications for Employment and Growth’.

Over the decades, numerous programmes and strategies have been launched, focusing on the rural panchayat, rural block and the district as units of development. Some have had effect, but the overall tardy progress shows that the mandate of providing sustainable and inclusive rural growth by increasing livelihood opportunities, extending social safety and developing infrastructure is still to be fulfilled. A house constructed under the PM Awas Yojana in Uparwala village in Raipur, Chhattisgarh (Photographs by Chandradeep Kumar)

The MGNREGA scheme is reckoned as the silver bullet and described as the largest anti-poverty programme in the world. It is intended to eradicate poverty and unemployment by generating demand for productive labour force in villages; provide an alternative source of livelihood and thereby reduce migration; stop child labour; alleviate poverty; and make villages self-sustaining through the creation of productive assets, such as roads, water tanks and soil and water conservation work. 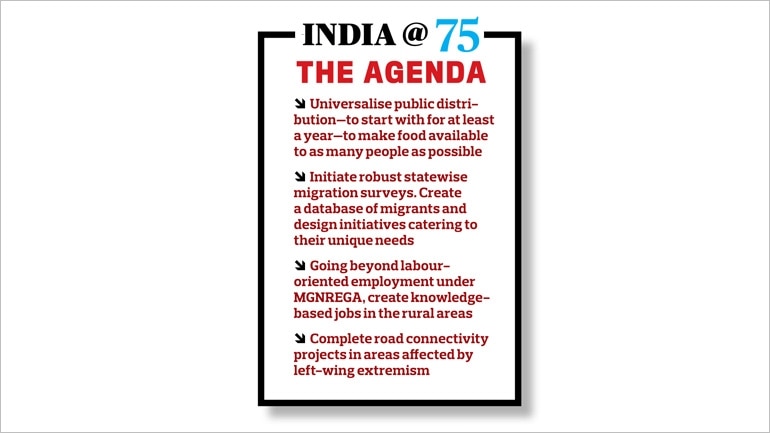 The Covid pandemic-induced economic distress has exposed the vulnerability of the rural masses to crises more sharply than ever. From broken agricultural supply chains to reverse migration, the impact on rural communities has been devastating. The number of internal migrants in India was estimated to be 600 million in 2020; some 140 million of them were considered ‘highly vulnerable’. All of this has underscored the importance of securing the lives and livelihoods of rural people coping with diverse agro-climatic conditions in a vast country like India. 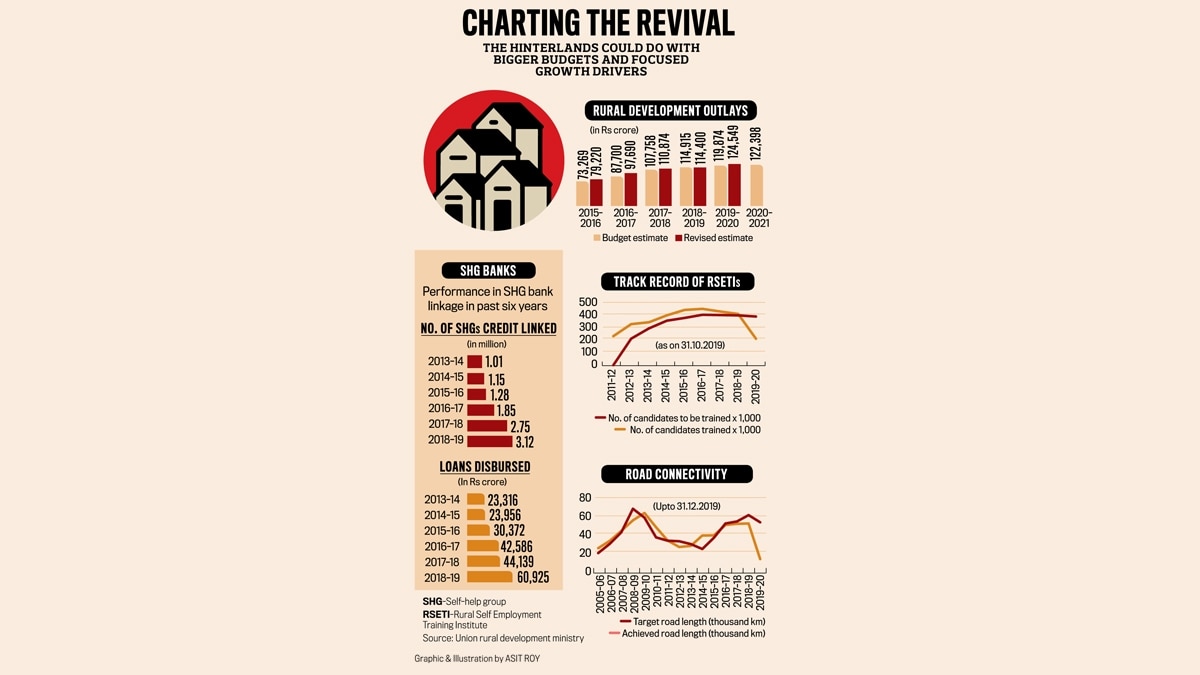 Several initiatives have to be taken to enable the rural communities to build resilience for the future. These include building capacity by strengthening local community institutions, such as self-help and farmer produce groups, engaging more women to play a critical role in the rural economy, building incrementally through long-term investment in the aspirations and assets of rural communities, and roping in more NGOs to partner with government. In the end, investment in public infrastructure, such as roads, hospitals and electricity, can only come from the state.

Rebooting rural development is another prospect. Though it is acknowledged that rural development is a participatory process, involving all stakeholders, the involvement of all is limited to select settings rather than uniformly across regions. This restricts rural growth. Another catalyst is to make a paradigm shift from labour-oriented jobs under MGNREGA to creating knowledge-based jobs that encourage the use of technology. Rural folk empowered with knowledge-based skills will be a vital human resource for the country.